Four calendar months since I walked into court, knowing that I would not leave without hand cuffs. There were a million reasons and excuses I could have made up so I wouldn’t have to go. But I did it. Making the transition from absolute freedom to ultimate restriction in just a few minutes was tough. But I’m strong. Here’s how it went down.

I woke up at 11am in Chatfield, Minnesota, 25 minutes away from the Rochester Courthouse. I had to check in by 12:55pm. All I really wanted was a good meal and to chain smoke cigarettes and meth until I got there. I was successful. I checked in, grabbed a seat just in time for the judge to make an entrance. I was playing Angry Birds on my cell phone so I didn’t stand up, and the court officer yelled at me and I shot back with a nice, “Go fuck yourself.” So I had to sit in the hallway and wait for my name to be called which was ok by me because the first part of Rochester court is all in Spanish. At 1:40pm they called my name. 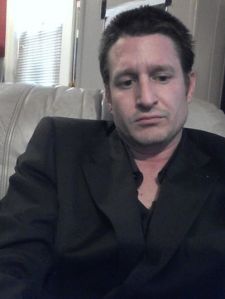 Since I already had the terms of my plea agreement in place, I was at the desk in front of the judge for less than three minutes. She pronounced my sentence and the court administrator told me I could stand up at which point I shook my lawyer’s hand and was promptly handcuffed. There was no banging of the gavel.

From my chair, I was led through the door that I’m sure exists in every courtroom that nobody wants to go through. To my surprise, once the guard and I were through he took one cuff off and put my hands in front, and we walked down a long hallway to booking. After that was the standard pictures and fingerprints and waiting. I believe I have described the rest of the journey from there.

Right now I am listening to a Pink Floyd song that I have never heard before. It is amazing. Oh. The Boy in the Forest is actually by Andy Jackson. OK anyone would confuse that with Floyd. He was Pink Floyd’s producer for many albums.

If anybody out there happened to see the story on the news about the 125th anniversary of St. Cloud State Prison, you got to see my living unit, B House, and more importantly, my front door.

They shot the footage of the living unit from in front of cell 143 which is two doors down from me in 145. I, however, was actually inside the broom closet at the time because the camera crew caught us off guard and I had to hide. We were cleaning and I was just finishing up when they came in. The warden didn’t want any offenders on tape. I had a half a mind to take off my pants and streak down the main drag but I thought better of it.

The camera should pan down from the beautiful arched ceiling and end up pointing down the flag (the main drag I wanted to run down) and look for cell 145. That’s my apartment.

[ANNE: The story is actually about how Minnesota has the lowest imprisonment rate for drug offenders in the nation. Maine has the lowest rate. Still, there are nearly 10,000 people in prison in Minnesota, the Land of 10,000 Lakes, and we pay about a half billion $$ a year to feed and house them.]