In the same weekend as all the depressing news stories I listed two days ago, there were these two uplifting ones.

The Week published an excerpt of this article in Runners World.  Yes, Runners World—about a program at the Oregon State Penitentiary that allows outsiders (even women) to go inside and run with prisoners.  They even race half marathons.  For some inmates, the outside runners are the only visitors they see.  I am not a runner, but I’ve always been an exerciser—I go nuts if I skip my daily walk and I’ve been pretty faithful to weight training for 25 years.  I swear by exercise as the best medicine for everything from depression to anxiety to all sorts of physical ills.  So way to go, Oregon!

Second good news article: The good old New York Times can be depended on to run something about America prisons almost daily.  Usually it’s extremely depressing, but this past weekend there was this one about dogs in prisons that will make you dog lovers out there weep.  It made me weep, when I got to this line: “One older inmate cried when he met his puppy. ‘I haven’t touched a dog in 40 years.’”  It made me wonder how heart-wrenching it must be when these guys have to turn their dogs over after they’ve been trained to detect bombs, which is what the program does.

Vince and I wrote about the dog-training program at Moose Lake, where he was before boot camp.  Only about six prisoners out of a thousand get to participate, so it sounds good but it’s not exactly at scale.  As I’ve mentioned, I do foster care for kittens through the Humane Society.  Every day from about April through August, I get dozens of emails a day from them looking for fosters for cats and kittens.  Below are just two photos from the 13 emails I received today.  For some reason the world doesn’t seem to be flooded with stray puppies or dogs so much, except those taken in from domestic violence situations, which require months of special care.  Could it work to have prisoners foster kittens?  Is that a cray-cray or a win-win idea? 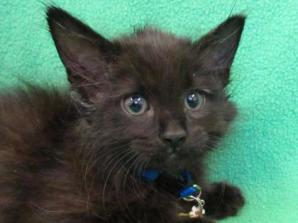 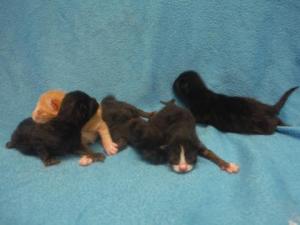 I got some good news—my visitor request was approved!  That means that after I get home from Berlin I can visit Vince.  By that time, it will have been eight months since I’ve seen Vince.  The ban was for six months, but due to me being denied a visit, and to two chunks of international travel, it’s stretched out to eight.  And yet on every visitor application and in the information for families that the Department of Corrections publishes online, they tout the importance of family connections.  Ha.