After re-gifting the doughnuts to our neighbors, Lynn and I drove off laughing.  “Who doesn’t love doughnuts!?” That was our topic of conversation as we drove downtown in search of breakfast and the famous arch.

“People assume that everyone loves whatever they love,” I said.

“Neither does Richard,” said Lynn about her husband.  I always keep his meals warm in the Aga or he’ll whinge that they’re cold. 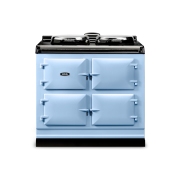 “Doughnuts!” I offered.  Then, “Who doesn’t love kittens?  People who are allergic to them, that’s who.”

Then—it couldn’t be avoided—I asked “Who doesn’t love dogs?”  Lynn has seven dogs, and I don’t care for dogs.  I could write several posts on this, but I worry about the hate mail I would get.  There is a secret cabal out here of people who don’t care for dogs, but we keep our mouths shut until the dog’s nose is in our crotch or it’s jumping up on us with muddy paws.  It seems acceptable to make jokes about killing your kids while bashing people who don’t love dogs.  Here is one of the more tame Facebook posts I’ve seen on the subject.

Wow.  Really?  I don’t have a soul because I don’t care for dogs?  That seems harsh.  And the fact that I love my family and adore little kids and have lots of friends doesn’t make up for it?  Oh that’s right—those are just people, and people are hard work.

Anyway, Lynn seems to accept me anyway, although she may wonder if I have a soul.

All this time we were driving into downtown St. Louis, or Sen Louie, as Lynn pronounced it.  We hadn’t seen anything that my mom’s husband had recommended, but there just wasn’t time. This was going to be our big miles day—almost 600 from (965 kilometers) from St. Louis straight to the Minneapolis/St. Paul International airport via Iowa.

But we had to see the Gateway Arch, which was built to symbolize the westward expansion of the United States.  It’s 630 feet tall (192 meters), and it’s beautiful.  I thought that Lynn, having worked and lived off and on in Finland for years, would appreciate that it was designed by a Finnish-American architect, Eero Saarinen.

I had been to St. Louis decades earlier and took the elevator to the top of the arch.  I don’t remember much about it.  Apparently there’s a riverside park and museum at the base.  But we never saw any of that, because the construction and traffic in downtown St. Louis was horrendous.  We spent a precious half hour driving around in circles and waiting at excruciatingly-long traffic lights for nonexistent cross traffic.  We caught glimpses of the arch but there were no signs indicating how to get to it.

Finally, I found a parking lot with a good view of the thing, we snapped some photos, and left town. 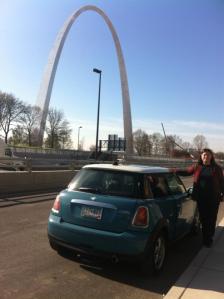 Note to self: I need to learn how to erase ill-placed streetlamps such as in the photo above.

My vision had been for us to have a solid breakfast at some nice café at the foot of the arch with a view of the Mississippi.  Instead, I had a protein bar that had been in the back seat of the car for 10 days and Lynn went hungry until we got to Hannibal, two hours north on the Mississippi, past Chesterfield, Troy, Eolia, Bowling Green, and New London.

“We’ve got one in Minnesota, too.  There’s probably a New London in every state.”

“Well they had great hopes, didn’t they, these people who started places like Oxford, Mississippi and New London, Missouri? They really were very brave and idealistic.

“But let’s not stop there.”