We stopped at Guanacaste National Park to eat our picnic lunch, hike, and have a swim.

It was a sweet but sad place.  Like any state park in the US, it had an interpretive center.

The lone park ranger, Uriah, seemed pleased to have visitors. We used the bathroom, which was worse than the one at the gas station, then politely looked at the home-made displays.  There were no lights except for the sun coming in the window.  No lights, but there was a pay phone. 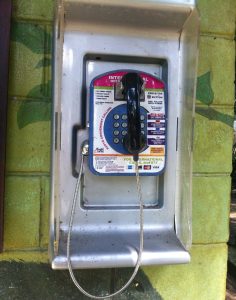 “You can hike,” Uriah said hesitatingly, “But many snakes have come up from the river banks since the rains.  It’s very muddy, and they hide in the mud.  Most of them won’t attack … unless you step on her, then she will bite.”

Our group was silent, for once. Then Jan asked, “Most of them?”

“Some, they are very aggressive, like the Yellow Jaw.  And she is very toxic.  There are many species of snake, but only eight are poisonous.”

“And where is the swimming?” ventured Mark, the eternal optimist.  I was wearing my swim suit under my clothes, dripping with sweat, and couldn’t wait to jump into the water.

“Ahh … I would not try swimming today,” Uriah answered. “The river is too flooded; the currents too strong.  It’s so muddy you can’t see the crocodiles.”

I’ve traveled a lot.  I’ve encountered many local guides who tell horror stories about venomous snakes, giant spiders, and large carnivores that will tear off your arm. Usually it’s just BS.  But Uriah was a serious guy, like a lot of park rangers.  If he was telling us not to hike or swim, I was heeding his advice.

People do get dragged away by crocodiles in Belize; this is an excerpt from an article in a Belizean newspaper about a croc attack.

“Dr. Mario Estradaban conducted a post mortem examination on the body on Tuesday, September 19th, which certified the cause of death to be exsanguination traumatic amputation of the upper limbs due to crocodile syndrome.”
Mark, being young, male, and probably believing he was invincible, tried to rally us. “I’m game for a little hike, if anyone wants to join me.”  The three men in our group disappeared into the jungle behind him, if for no other reason than to not look like wimps.

We womenfolk laid out the lunch.  News of the health benefits of whole grains and unprocessed food has apparently not yet reached Belize.  We were going to feast on sandwiches of soft white bread, cheese food slices, some kind of pork bologna imported from Germany, and tomatoes and cucumbers.  My sandwich, minus the bologna, was delicious.  That’s one of the things I enjoy about traveling; I give myself permission to just eat whatever is put in front of me, never mind how fatty, sugary, or processed it is.  We also had dried plantain chips flavored with cayenne which were delicious.

The men returned after about 10 minutes. “It’s too muddy,” Mark reported.  “It’s like, six inches deep.”  Mike, Stan, and Jessie, coming up behind him, looked relieved.

“Look! Monkeys!” exclaimed Inga.  Not more than a few yards away, a group of big black monkeys were swinging in the tree tops.  Everyone ran over to the clearing among the trees to watch the show.

“Yes, this is our family,” narrated Uriah.  “The mother, the baby, and six others who hang around.  They are Howler Monkeys but we call them baboons.”

I stood next to Uriah.  He was tall and thin, his skin greyish, his face drawn but with remarkable iridescent, olive-colored eyes.  He appeared to be about 45; he seemed weary, not the vigorous, outdoorsy type.  I asked if he lived nearby and he laughed ruefully.

“Oh yes, I live in the office,” he said.  “I sleep under the desk.  My family lives in the far north, in Santa Elena on the Mexican border but my job is here.  I only go home once a month.  My wife, she is sick ….”

We drove off, leaving Uriah to sleep alone in the dark with the snakes.