Greetings from Eton, England.  Tonight I will sleep in my 11th bed in a month.  I’ve spent the last 10 days in the southwest of England—in Cornwall, Devon, and Dorset—where the internet connections were not much better than in Ethiopia.  So I’m going back to write about some of the places I visited almost a month ago, and now that I’ve got a good connection I’ll write forward and eventually join up with the present, in Eton.

After three whirlwind days in Copenhagen and being forced to buy a second plane ticket thanks to Expedia, I arrived in the land of long words, the Netherlands.  I was so happy to see my old friend Ingrid waiting in the arrivals hall.

Ingrid and I met in 1986 at a Volunteers for Peace “work camp” in London.  I’ve written before about how she visited me in the US twice and I visited her in the Netherlands twice, including being a bridesmaid in her wedding.  The last time I saw Ingrid in person was after her son was born, about 11 years ago.  Of course we are friends on Facebook but it’s not the same.

By the time we got out of the airport parking ramp and onto the highway headed to Utrecht, where she lives, we were talking about whether god exists, the meaning of suffering, and how humanists can be as inhumane as anyone. Our conversations continued like this for the next six days.  Don’t get me wrong; we also talked about hairstyles, houses, families, health, and jobs, but I can talk to most people about those things.  It is so good to have a friend you can talk to about the big questions.

Plus, she fed me Boeren Bonenstoofschotel, a Dutch folk food, from what I understand. 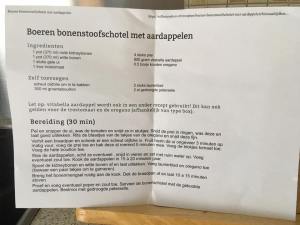 The street Ingrid and her family live on is called Schoenlappervinlinder, which is named for a butterfly.  By the time you’ve pronounced the word, the butterfly would be long gone.

Here are some photos of a typical Dutch side-by-side house in what Ingrid referred to as a “suburb” of Utrecht, which felt pretty urban by American standards.

The house was similar to many American homes with the exception of exceptionally steep stairs leading from one floor to another.  They all shrugged when I exclaimed over how steep they were.  There was a bike shed in the back yard to accommodate the four family bikes that they use to go to work, school, and most everywhere else except to the grocery for a big shopping load.  The attic which served as my room had home-painted Mondrian thanks to Ingrid’s husband Chris, and more English language books on the bookshelves than most American homes. 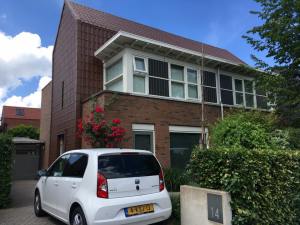 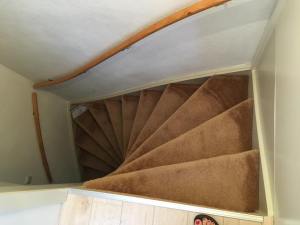 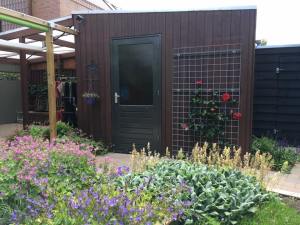 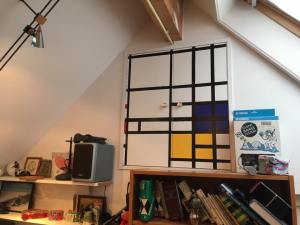 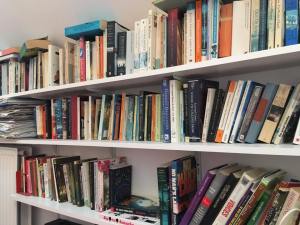 Speaking of grocery shopping, I got to go with Chris and Ingrid to a Jumbo, which is a mid level grocery chain.  The Dutch love sweets.  Stroop koeken/waffle are typically Dutch cookie or waffle “sandwiches” filled with sugar syrup.  There is every other imaginable form of cookie, cake, and candy, plus lots of breakfast sweets stuff, like sprinkles for toast and an entire Nutella section. 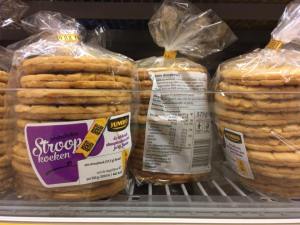 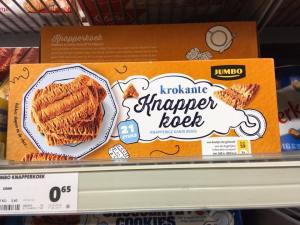 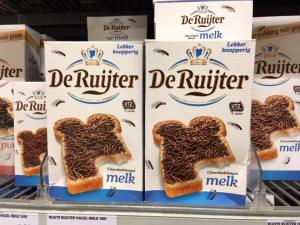 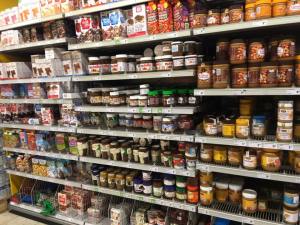 Eggs and milk were not refrigerated.  I guess in the US we refrigerate both because it makes them seem fresher, but it’s not necessary.  If that’s true, what a waste of energy!  If it’s not true, then there should be lot of people retching their guts out every day in the Netherlands. 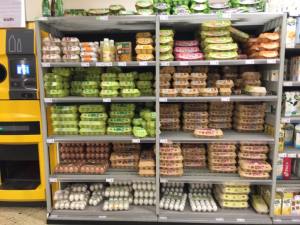 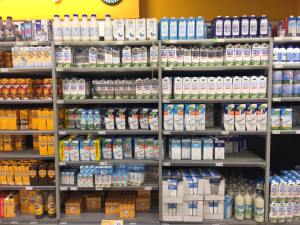 We have an image in the US of how everyone in Europe eats artisanal, organic, free range food.  There is plenty of it, but they also eat junk, just like us: 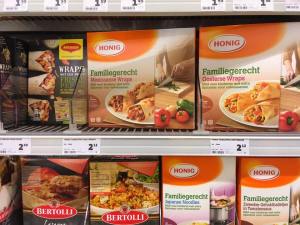 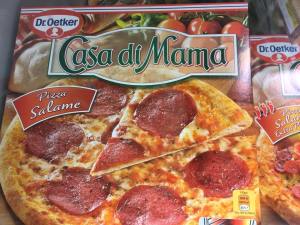 This item in the deli case, “FiletAmericain Naturel,” turned out to be Steak Tartare.  Ironically, I believe you can’t buy it in the US. 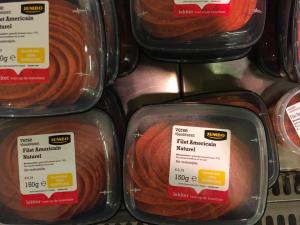 Then there were the cheeses.  The Dutch love cheese at least as much as sweets, and there must have been 500 different kinds on offer. I could have taken photos of cheese all day.

Finally, this was in the magazine section.  It’s a mag for gay men, and in an American grocery—if it was even allowed—it would have a colored plastic sleeve to hide the content, a la Penthouse and Playboy. 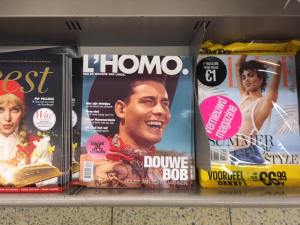