Happy Independence Day, if you are an American.  I’ve spent the last month with friends and colleagues who are Dutch, Japanese, Kenyan, Ethiopian, Eritrean, Australian, and British.  Now I am in England, where for a long time I had daydreams of moving permanently.  Today I read an article in the Sunday Times by Andrew Sullivan, an English-born journalist who became an American citizen after living there for 30 years.

He says a lot of things about why he has chosen to become an American.  He says it suits his temperament—“independent, pushy, outspoken.”  Um, that doesn’t sound like a compliment.  He talks about how England is focused on the past while American relentlessly strides toward the future.  Americans are optimistic; he finds it funny that a common response to every proposal is, “Sure!”  He appreciates that no one categorizes him based on his accent, and no one cares what class he’s from.  He admires how America has accepted and integrated more immigrants than any country in history.  He notes that America is both “deeply conservative and equally radical,” how if you fail in one part of the country you can start over in another, and he marvels that he was made editor of a national magazine at the age of 28.  There’s plenty that horrifies him about the States, like our gun obsession.

I can’t say I disagree with him on any points.  For me, the word that sums us up as a people is Independence, which many translate into “no one can tell me what to do,” as when former National Rifle Association president and B actor Charlton Heston’s famously said, “you’ll have to pry my gun from my cold, dead hands.”  We don’t like signs.  We don’t like rules.  If someone is poor, we expect them to “pull themselves up by their own bootstraps.”  We look down on anyone who accepts government assistance, even though over 50% of us get it in some form.  We like to believe we are pioneers, clearing the land and building our own house with a white picket fence.

I thought about going to an American expat bar in London on the 4th of July, then came to my senses and realized it could be a terrorist target.  That’s a shame.  I’ll go for a long walk along the Thames instead.

If you’ve ever been to the Netherlands, you probably know that the Dutch are the tallest people on earth.  The average Dutch man is six feet (183 centimeters) tall.  When Ingrid and Chris and I went shopping, I lost them in the store and I thought, “I’ll look for the tall guy,” then realized that Chris, at 6’4”, isn’t exceptionally tall.

Ingrid, however, is short, thanks to her Austrian mother, who met her father through a pen pal program.  The fact that Ingrid speaks German would come in handy.

Since I had a big suitcase, Chris drove us to the local train station.  I averted my eyes while they said good-bye.  It was sweet.  They just celebrated their 18th wedding anniversary.

While Ingrid and I waited at Central Station, I noticed these eyeball-like contraptions everywhere.  Were they CCTV?  Ingrid didn’t know.  If they were cameras, they weren’t catching much because it was early morning on a Dutch holiday.  I realize this is not a great photo but I was trying to take it surreptitiously in case security didn’t have a sense of humor.

On the train, which was clean and quiet, we moved east through Arnhem toward the German border.  We would pass through Duisburg, Dusseldorf, Cologne, Frankfurt, Mannheim, and Munich on our way.

We passed the time talking, which always makes time fly.  Unless you’re with someone you can’t stand, in which case it makes you want to hurl yourself off the train.

I perused the train magazine, whose cover featured a famous actress I’d never heard of who had great eyebrows.  “The Big Wanderlust” was clear, and something I could relate to.

We ate crackers and the funny-sounding (to me) smeer kass. 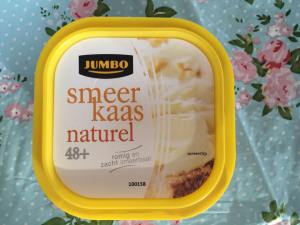 We passed the enormous Cologne cathedral.

After nine and a half hours, we rolled into Salzburg.