“You can’t bring electronics in here!” screamed the guards at the American consulate in Sydney as I tried to get through security to find out if my passport was valid or not.  I had paid $10 to check my laptop per instructions but now they were hyperventilating about something else in my suitcase that they could see on the scanner.

“Take it out and show us what it is!”

The one was verging on hysterical.  Would he pull a gun next and throw me to the floor? I kept my mouth shut and obeyed.

He tossed my suitcase onto the floor.  I didn’t know what the offending item could be; he already had my cell phone in a tray. But when I fished my power cord out from among my underwear in front of the whole room of people, they both yelled as if I had tried to conceal the fuse to an IED.

I tried to talk, “I didn’t know a power cord counted as …”

“You can’t bring that inside!”

“…electronics,” I managed to finish.

I handed it over and he dropped it into a plastic bag as though it was Exhibit A of my collaboration with ISIS.  I was shaking, but my objective was to get inside so I said no more.

At the service counter with the bullet-proof-glass, I was informed that my passport had not been cancelled.

On to the hotel, the cheapest one I could find on Expedia at the last minute.

I wasn’t going to inconvenience Auntie Margaret, who had already given up her flat for five or six nights so Heidi and I could stay there.  I would stay there on my last night.

The room was a concrete cube of questionable cleanliness.  There was a foot-long black hair in the tub. Not that I have anything against black hair, but it sure does show up well against a white tub.  I was on the sixth floor and the views were a jumble of old and new Sydney.

I did not take a photo of the hair, but I did snap one of the toilet to show you a feature of Australian toilets—the number one or number two flush—such a commonsensical approach to water conservation. I see these from time to time in the US but they are far from standard as they are in Australia.

If you don’t understand how it works, I’m not explaining it to you.

I crawled into bed, checking first for hairs, and tried to reckon how much extra my lost/not lost passport had cost.

Expedia hadn’t charged me anything to change my flight.  Yeah!  I take back all the bad things I’ve said about them. I paid $30 for the 3am shuttle bus to Cairns airport—seeing all those wallabies was totally worth it.   The ugly passport photos cost $24.  At least they would not be employed in my passport for the next 10 years.  There was the hotel room, which also charged an arm and a leg for wireless. 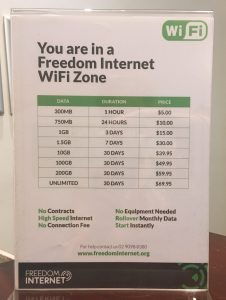 Freedom isn’t free, as they say.  In fact your $10 will get you about two hours of wireless.  I hadn’t heard from Heidi but figured I’d find her somehow, eventually, in this city of five million people.  I fell asleep at noon, watching the TV weather.

I woke up at 7am the next day.  The previous day had been an exhausting and pointless. Now I was raring to go.

I had four full days in Sydney instead of two.  Heidi had encouraged me to stay up north.

“There’s not all that much to do in Sydney,” she said.  “You can tick the boxes in two days, easy.”

But I think she was suffering from familiarity syndrome.  She lived immersed in Sydney.  She had “done” the art institute as a high-school kid, and gone to special events in the botanical garden, which was full of (yawn) banksia.

I grabbed some brekky at The Bear, a local ye-olde British-style pub, then walked off to find the botanical garden or art institute, whichever came first.