What are you doing with all your time at home?

You would think I would be writing 10 blog posts a day, but I’m not.  I’m too busy with other endeavors!  I am working on the novel I’ve always wanted to write.  I spend at least an hour a day on mastering German verb forms.  I spend another five hours using online resources, like a class about the philosopher Nietzsche (“That which does not kill us, makes us stronger.”) to tours of the World’s Greatest Museums to the Complete Works of William Shakespeare performed online by the Royal Shakespeare Company of Peoria, Illinois; I’m learning how to play the didgeridoo from YouTube videos.  I don’t have a didgeridoo so I have to mime it.  I make sure the curtains are closed first.

Seriously, I’m not doing much.

Most of what I have written about the You-Know-What has changed.  I got this notice yesterday.

We are allowed to go to stores for food and medicines; all other stores, pubs, restaurants, and other venues are now closed.  We’re also allowed to get out for exercise once a day.

It could be worse.  Starting on Monday, 1.5 million Britons got notified that, because they have underlying conditions, they must stay in their homes for the next 12 weeks.  For this “shielding operation,” the government is also recruiting 250,000 volunteers to ensure the home bound have food and medications.  I just signed up.

I take a long walk every day.  There are many routes to explore in Oxford, especially along the Thames.  My favorite encompasses Iffley Village, a quaint village with thatched-roof cottages just 10 minutes from me.

Iffley’s Church of St Mary the Virgin was built in 1160.  It’s unusual looking for an English church.  If you want to read why, here you go. 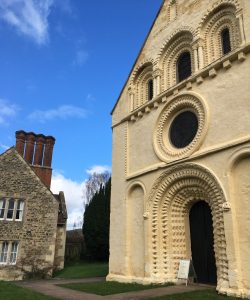 I was fortunate to get inside before everything shut down.  It’s tiny.  I admired the modern stained-glass windows. 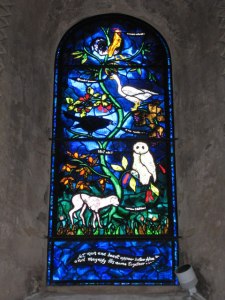 They had a blind organist for 40 years! 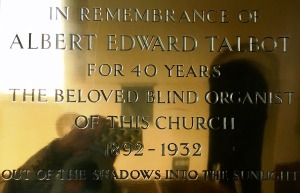 The vicar was setting out prayer books on the benches.

“Can I ask a dumb question?  How do I tell if a church is Church of England or Catholic?”

I noticed he didn’t say, “That’s not a dumb question.”

“Look for things that are missing,” he said.  “No images of Mary.  No stations of the cross, no holy water fonts.

“But the main factor is the age.  Anything built before the dissolution of the monasteries by Henry VIII around 1540 is going to be C of E.  Catholic churches all relatively new, because they were banned for over 200 years, until the late 18th Century.”

I know this has nothing to do with Coronavirus and that’s kind of the point.  I am looking for other things to keep my mind occupied and at peace, but things that don’t require a lot of concentration.

I walked around Iffley yesterday. This sign greeted me at the gate. 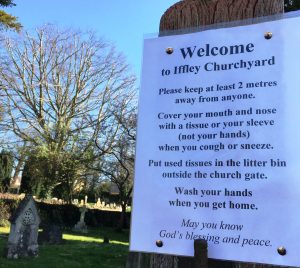 The church is closed now so I sat in the churchyard.  It was quiet before but now it was silent except for the birds, which I had not noticed before.  No airplanes overhead, no street traffic.  For a jarring moment I felt like I was in a movie set in the 1910s. 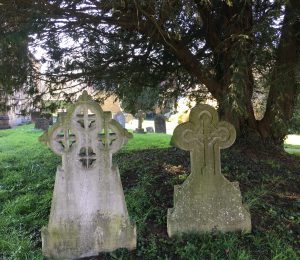 I walked around the church, looking up, and saw this Where the Wild Things Are face for the first time.

Back in the street, I stopped to admire a classic Morris Minor.  It’s much smaller than a Mini Cooper. 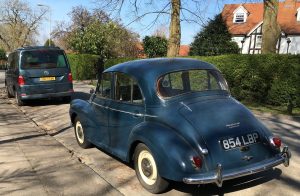 I stepped into the tiny community shop, surprised it was open.  The elderly lady at the till seemed nervous; was that sheen of sweat on her brow a symptom of the virus!?  Another woman appeared in the doorway, looked at me, and asked, “Do you have a guardian?”

I panicked.  Did I look like I needed a guardian?!  Was the government coming to take me away and lock me up?  I rushed out of the shop, then I realized she was looking for The Guardian newspaper and she had thought I worked there.

Thankfully this was steps away, and restored my sense of humor.

I snatched the toilet paper.

Let’s all try to notice things around us—beautiful, strange, and ab fab.